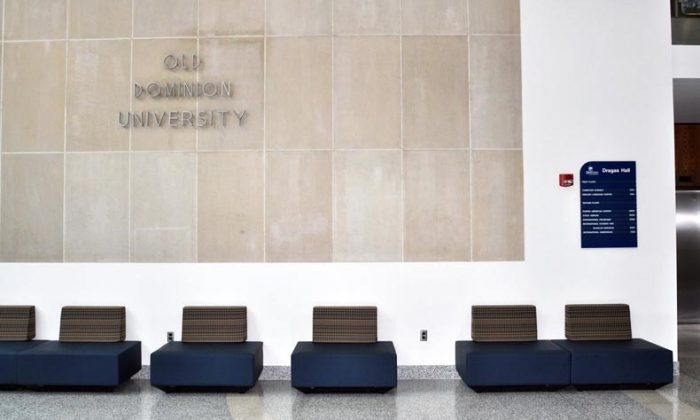 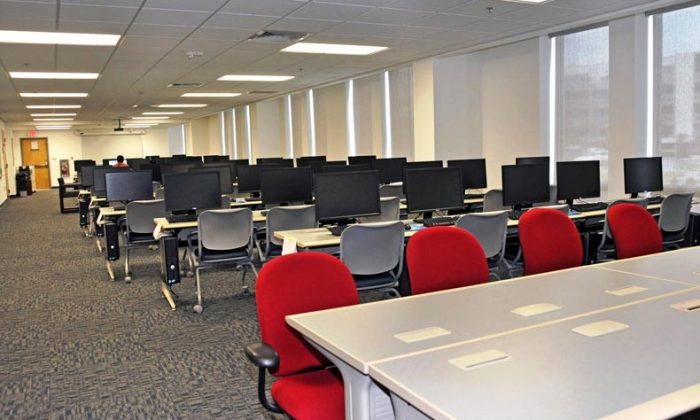 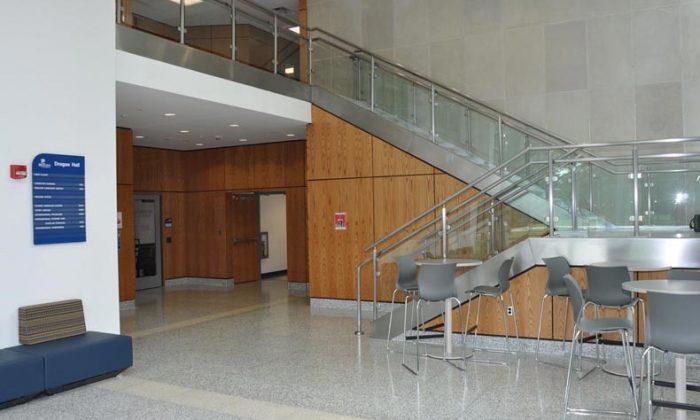 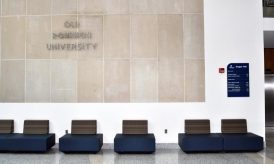 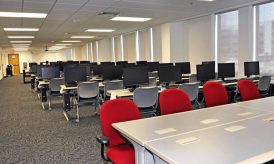 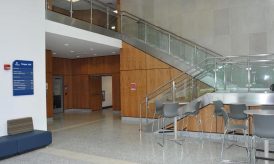 This project consisted of the renovation of Dragas Hall (formerly Hughes Hall) a 48,740 square foot facility, which houses classrooms and math computer labs; International Student and Scholar Services; International Admissions; the Philippine-American Cultural Center; the English Language Center; the Study Abroad office; and the academic side of the Computer Science Department.

The 1959 rectangular building had glass curtain walls surrounded by a screen of heavy, ceramic blocks. In it half-century of use, it had undergone multiple interior renovations in which open spaces were subdivided into smaller offices, glass walls were blocked, and the deteriorating roof line was braced. The building also needed to provide a front-door appearance to those visiting the campus, but before renovation the building presented an impenetrable, fortress-like appearance.

The renovations provided enhancements to comply with ADA guidelines. The work replaced building systems, upgraded the elevator, restored the restrooms, reconfigured the second-floor interior spaces to accommodate academic program needs such as labs, and classrooms, added skylights on the second floor, and created a grand, light-filled entrance. Wood paneling and built-in wood seating add warmth. The majority of the exterior changes reflect the University’s wish for the building to match the surrounding campus architecture.

The ceramic-block screen and storefronts that encased the building were replaced with brick, cast stone, and a new curtain wall facade. Architecturally, the palette of materials is derived from the neighboring buildings. The brick matches the “”architectural vocabulary”” of the Kaufman Mall corridor of the campus.

The challenges in renovating Dragas Hall included keeping a portion of the first floor intact and occupied while the second floor was demolished and the entire skin replaced. The existing plaza was enclosed, making the new lobby twice its original size. Granite caps from planters that were outside the old Hughes Hall were re-used in the new plaza as caps for walls and in the exterior stair treads. The unique, existing terrazzo in the interior was matched, and the ODU logo was added to the lobby floor. 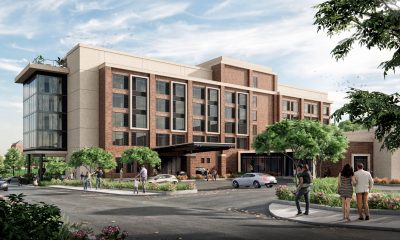 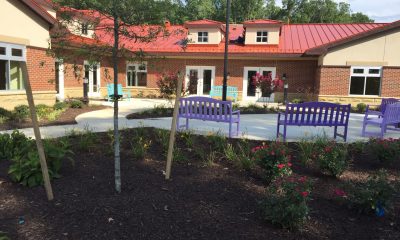 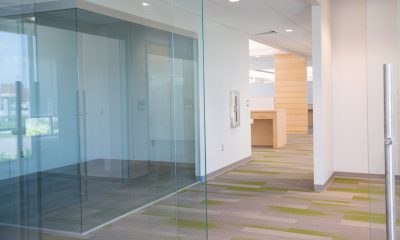