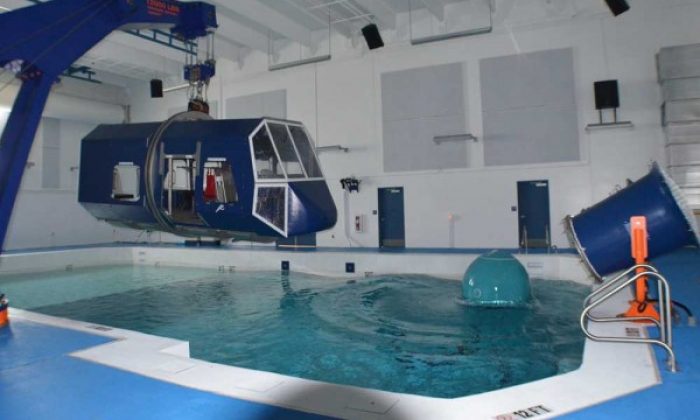 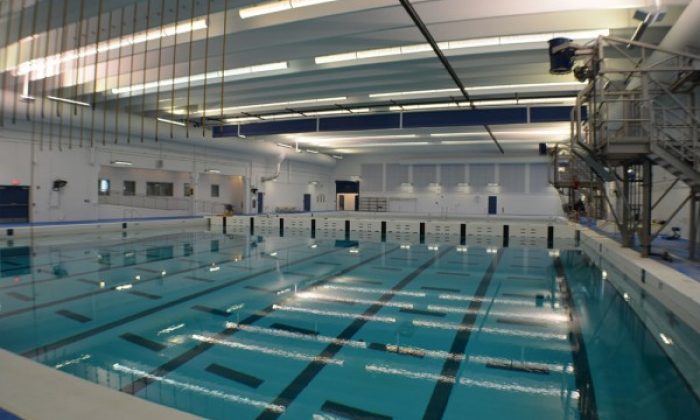 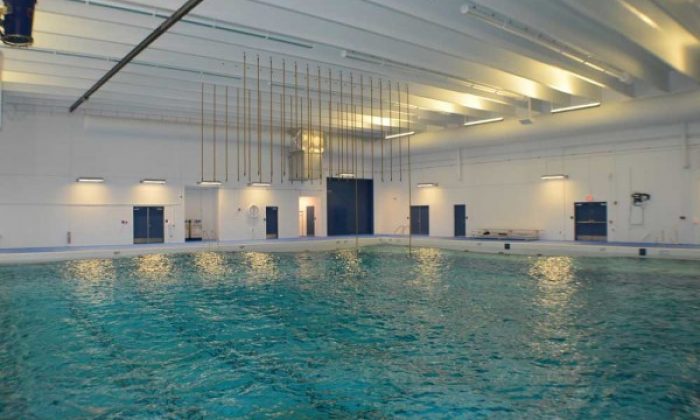 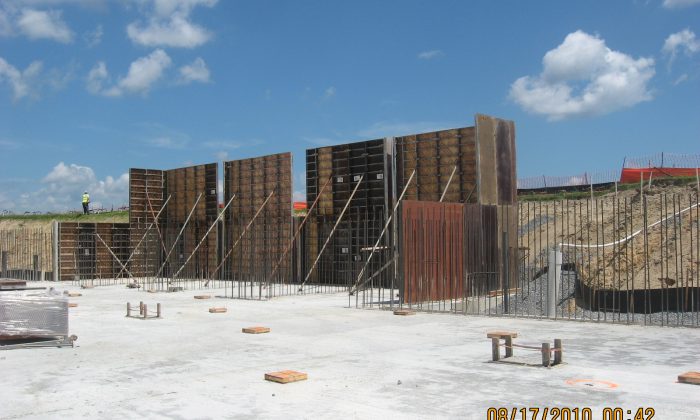 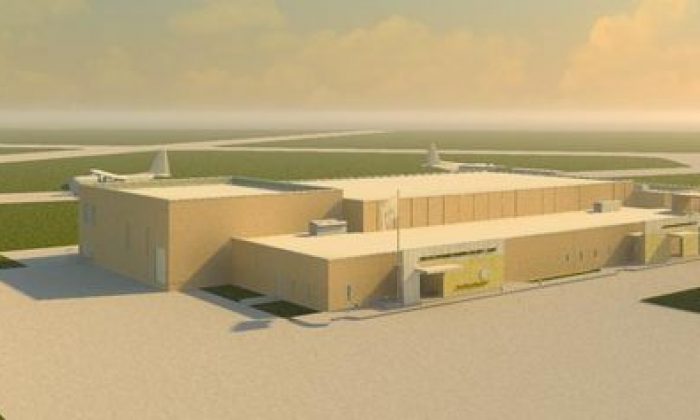 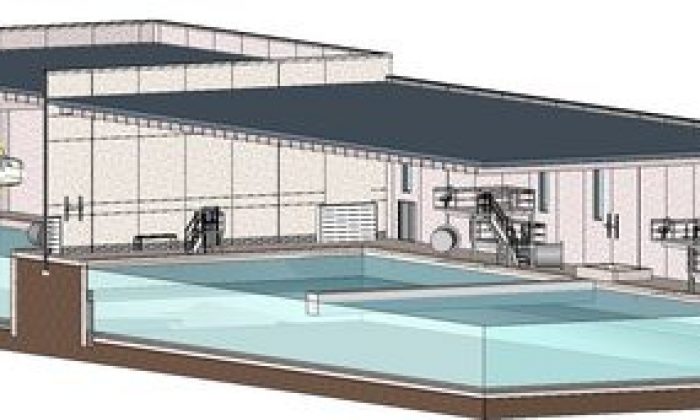 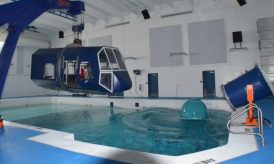 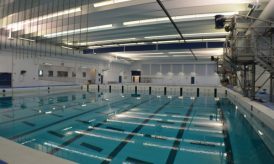 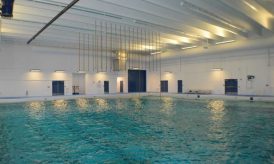 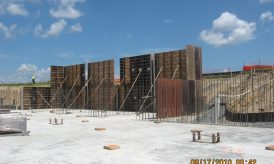 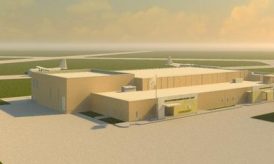 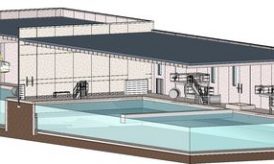 This Coast Guard training pool can simulate a hurricane! At the Coast Guard’s $25 million rescue-swimmer indoor training center, the water is not fine. That’s […]

This Coast Guard training pool can simulate a hurricane! At the Coast Guard’s $25 million rescue-swimmer indoor training center, the water is not fine. That’s the point.

Coast Guard rescue swimmers sometimes have to rappel down cliffs and dangle from helicopters to save people from churning seas. During big storms. At night. How do you get people ready for such fearsome errands? You send them to the service’s in Elizabeth City, North Carolina, home to a $25 million indoor facility that can whip up approximations of the waves, bellowing wind, horizontal rain, and disorienting noise that rescuers will eventually face.

The building encompasses approximately 50,000-square-feet including a 164-by-82-foot training pool measuring 12-feet deep holding more than one million gallons of water. In this building over the course of a year, instructors literally wash people out of the Aviation Survival Technician certification process. Only about twenty-five applicants annually—out of 120, finish the course to become certified rescue swimmers.

The facility gets a fair amount of the credit for that attrition rate—it’s built around two pools where instructors can dial up a Category 1 hurricane anytime they want. “This is the best we can give them in a controlled environment,” says Senior Chief Petty Officer Jason Schelin, head instructor at the school. Here’s a look inside.

INSTRUCTORS CAN DIAL UP A CATEGORY 1 HURRICANE ANYTIME THEY WANT

The main pool, which is 25 meters by 50, holds 1.2 million gallons of water and is a uniform 12 feet deep except for 4-foot ledges on three sides. A movable bulkhead with a massive overhead curtain can create two separate training environments for the classes that come through. Every weekday the swimmers spend two hours in the water working on their conditioning. That means endless laps in a mask, snorkel, and fins, and the occasional order to pair up and move a brick along the bottom of the pool—the 82-foot length of the pool—with one swimmer at a time coming up for air.

An adjacent 250,000-gallon pool houses the Dunker, a hoist that can flip over accurate mockups of a small boat and a helicopter so crews can practice escaping from downed or capsized craft. The entire room, including a wave machine, is controlled from a single panel on the hoist. 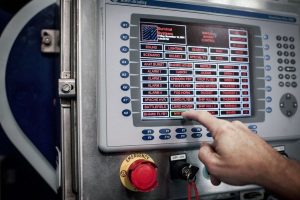 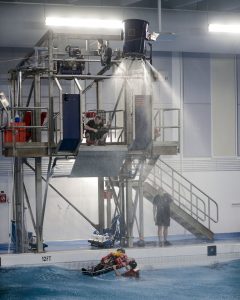 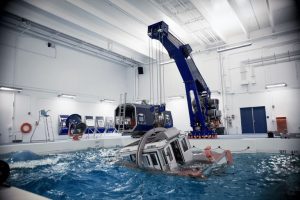 Twin towers on either side of the bulkhead feature platforms fifteen feet above the big pool’s surface—the height at which swimmers jump off hovering helicopters during missions. The platforms are equipped with the same hoists that are attached to the MH-65s the Coast Guard flies during rescues.

Two giant fans create everything from zephyrs to seventy-knot winds, while nozzles direct water into the gusts to produce driven rain and spray. A fan above the towers simulates propeller wash. And roaring above those fans: recordings of helicopter props and engines, thunder and heavy winds, all played at realistic volumes. Flashing strobes provide simulated lightning. The devices ramp up the difficulty level in skill training—towing a buddy or trying to free a pilot from his parachute.

Both pools have wave machines that can produce rough seas with waves as high as three feet. In the big pool two high-volume fans force air into a caisson behind the building. The caisson drops, pushing water down. When it rises again, so does the water, creating waves.

TWO GIANT FANS CREATE EVERYTHING FROM ZEPHYRS TO SEVENTY-KNOT WINDS

In the smaller pool a giant ball floating on the surface is pulled down on its moor line and then released repeatedly to create wave action. Water levels are kept a couple of feet below the maximum height—there are no spill lanes like those you’ll find in a competition pool—to magnify the effect of the roiling water.

The base staff maintains 800 acres of real estate, including runways and taxiways, roadways, and buildings; personnel reporting unit that maintains pay and personnel records for all local Coast Guard members; provides transportation and logistics support, and medical and dental services for active duty personnel, approximately 500 dependents and 700 military retirees in the area. 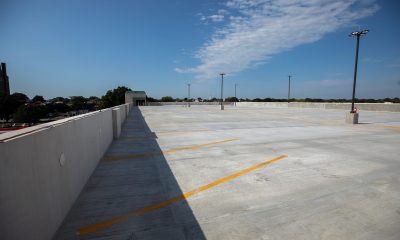 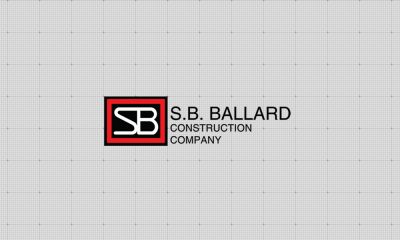 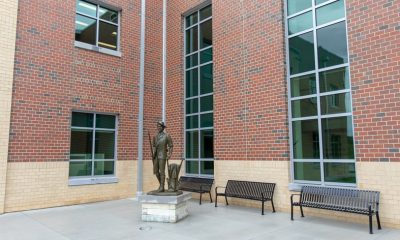